How to master Online Teen Patti

With the world taking a shift into the digital world, everything is available online now. Online Casino’s – the new face of entertainment has taken the internet by storm in the last decade. Online Casino or Online Gambling is taking a leap and is not just considered a shady market. It is gaining more and more players by each passing day.

Various gaming options are coming up as the market is booming. Among the Indian market, Teen Patti has a different and huge craze. Knowing this very fact, LuckyNiki, a premium Japanese online casino, has entered India with an array of games, and Teen Patti is one of them in their online casino. They have an option for Live Teen Patti.

In today’s blog, we will guide you through the process of the game, tips and strategies that you can follow in order to win.

What is Live Teen Patti?

Live Teen Patti is one of the most popular card games that originated in India. It is known for its competitiveness. This game has multiple names, such as flush or flash, and to win this game, the player must have the best card combination. Teen Patti has a similarity with the British game – 3 Card Brag.

Live Teen Patti is played with a deck of 52 cards without jokers.

How to play Teen Patti?

Live Teen Patti is a little different than the normal Teen Patti. There are only two players, and one being the dealer. The game begins with you (the player) paying the ante. This is to be done before the round starts because you will not be able to bet if you don’t pay an ante.

The game begins with you (the player) paying the ante. This is to be done before the round starts because you will not be able to bet if you don’t pay an ante.

When you pay the ante, you can join, and this is what happens next:

To determine who is the winner, you can refer to this ranking table displayed below:

The ranking of hands

Winning Live Teen Patti is based on how good ranking cards you showcase. To explain the rankings to you, we have listed the possible hands starting from high to low.

The winner is declared in the same order of the ranking. A pair can never outrun a colour or sequence. At LuckyNiki, you have an option to bet on two side bets, pair or better, and 3 + 3 side bets.

When playing Live Teen Patti, it’s essential to understand when to bet or pack. When you fold, your ante is forfeited.

The payout for Live Teen Patti is a bit different. Most importantly, for the dealer to make payments and win rounds, they need a qualifying hand.

Let us guide you through it.

– Dealer does not qualify, and you win the ante payout is 1:1 and play is Push.

– Dealer qualifies, and you win the ante and play both is 1:1

– Dealer qualifies, and you lose the ante and play both is lost.

– Dealer qualifies, and it’s a tie the ante and play both are at a push.

– Player folds the ante is lost and no Play payout.

How to start playing live Teenpatti at LuckyNiki?

You are now well-versed in everything that is supposed to be known in order to play Live Teenpatti at LuckyNiki. You can start by logging into your account at LuckyNiki using a smartphone or computer. Are you not having an account with LuckyNiki yet? You can sign in now and win a fantastic welcome bonus of 100% up to Rs 1 lakh.

After you Login, make a deposit and select the game you want to play from the games tab.

To join the game, place your ‘ante.’

Enjoy the Teenpatti game and have fun! 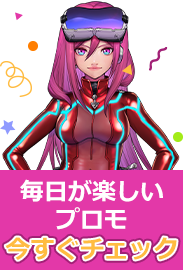